by FK WEB DESK
in Kashmir
0

Taking to social networking site Twitter, Mehbooba wrote: “Have spoken with HM requesting his (Shahid ul Islam’s) early release on humanitarian grounds as his wife has suffered a brain haemorrhage.”

I share your concern for Shahid Ul Islam. Have spoken with HM requesting his early release on humanitarian grounds as the wife has suffered a brain haemorrhage.

SoS
Jailed separatist leader Adv Shahid Ul Islam deserves to be released on Humanitarian-Grounds as his wife has suffered Brain Hemorrhage.
There’s nobody to look after her & their 2 school-going daughters.@jandkgovernor @MehboobaMufti @OmarAbdullah @sajadlone #Kashmir#MJH 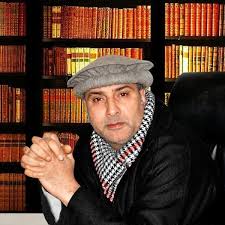 75 people are talking about this

Shahid-ul Islam was arrested by the National Investigation Agency in an alleged funding case last year and is currently lodged in Tihar jail at Delhi.

I am a Muslim and I love India: Farooq Abdullah

I am a Muslim and I love India: Farooq Abdullah

Hakim condemns use of force against students

Trip to Mars may increase risk of leukemia in humans

Solidarity with the People of J&K: CPI (M)

Solidarity with the People of J&K: CPI (M)

No Result
View All Result